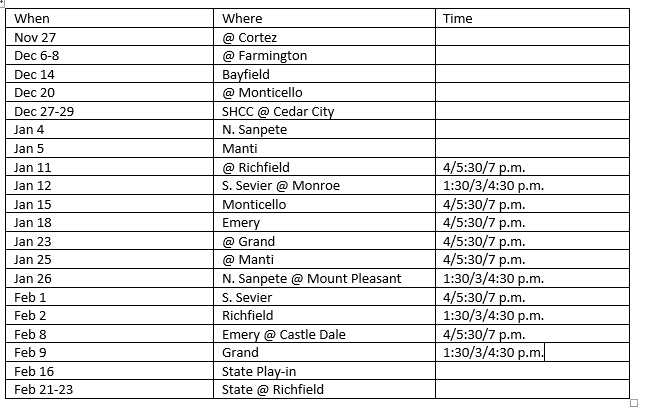 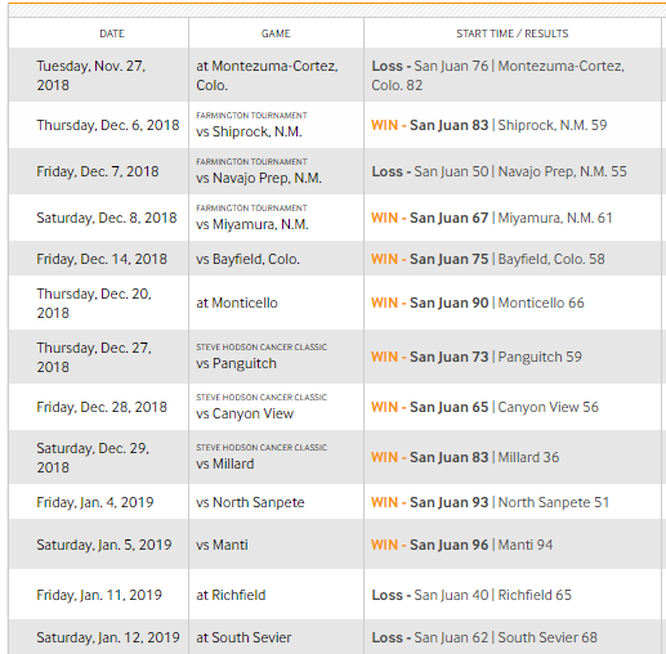 Our San Juan boys basketball played the Monticello Buckaroos boys on January 15. The boys scored a total of 72 points winning the Buckaroos by 28 points. Jaxon Torgerson came in the lead scoring a total of 14 points. Ramsay Holliday and Ryan Imlay coming in second both scoring 10 points. Randall Flavel scored 9 points, next was Shaw Nielson scoring a total of 7 points. Landen Pemberton and Seth Pugh both scored 6 points and Kyler Johnson and Elijah Lee scored a total of 5 points. Everyone did awesome and helped to get the dub.

The boys basketball team went up against Emery on January 18th. The boys were not going to lose to Emery, they fought really hard and took the victory. Jaxon led the team with 27 points, next came Shaw and he scored 23 points. Ramsay scored a total of 18 points and Randall scored 10 points. Trez scored 8 points and Seth scored 7 points. Ryan, Landen, Kyler all scored a total of 4 points. It was a great game and the first game of the season scoring over 100 points. Good job boys!